This rare Airflow comes to us by way of the Mr. J.W. Hawkins Estate of Gastonia NC.  This car has been in the Hawkins family for the last 40 years, and reportedly is 1 of only 4617 ever produced. Running gear consist of the famed “L” Head 323 CI straight 8 cylinder engine and a 3-speed manual transmission with overdrive.

A frame-off professional restoration was performed in the late 70’s, and the “Envoy Red” and “Raven Black” exterior still shows as fresh and shiny as it did back then. It has been driven approximately 8,000 miles since the restoration. Options include dealer installed front driving lights, Firestone wide whitewall tires, dual side mount mirrors, rear fender skirts, radio and heater.

The award-winning wood finished dash, door panels and trim (won “Best of Show” interior at Airflow Nationals) and original style Tan interior complete its overall striking appearance. The late Mr. Hawkins drove this car to countless shows and events for over 30 years winning numerous awards.  According to him, one of the Airflow’s  proudest moments was when she won “Best 1935 Airflow in the Nation” in 1978 at the National Airflow Club Show in Arkansas.

There is not enough space to list all of the awards won, and shows that the Airflow and Mr. Hawkins attended in those 30 plus years.  Sadly, Mr. J.W. Hawkins passed away in 2015. He was the epitome of the Automobile enthusiast and was an avid member of the Charlotte Hornet’s Nest and the National Airflow Club.  Along with the sale of the vehicle comes an overkill of notes and a diary of events, maintenance, and a chronological photo album of the restoration.  Will be selling at our January 9 Auction to the highest bidder regardless of price at NO RESERVE!

For more information on this very special Chrysler, please call Tim Tuck at 704-400-1127 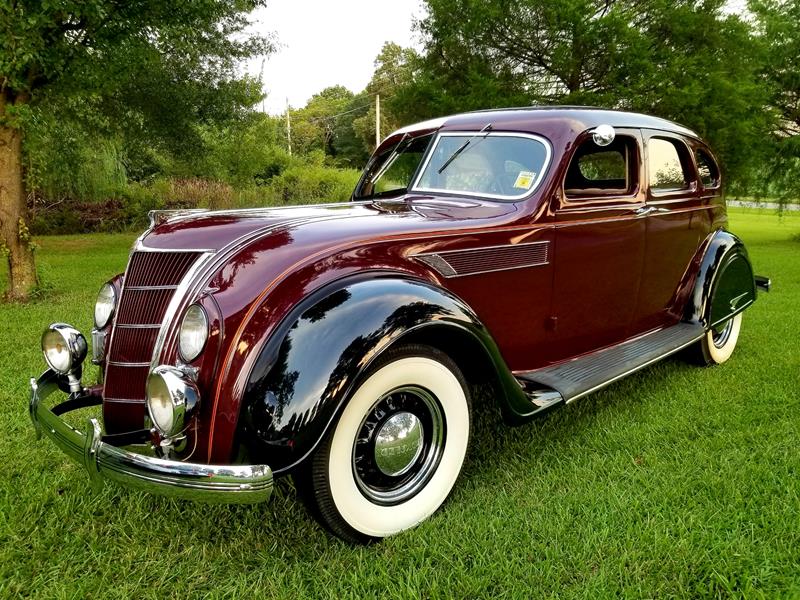 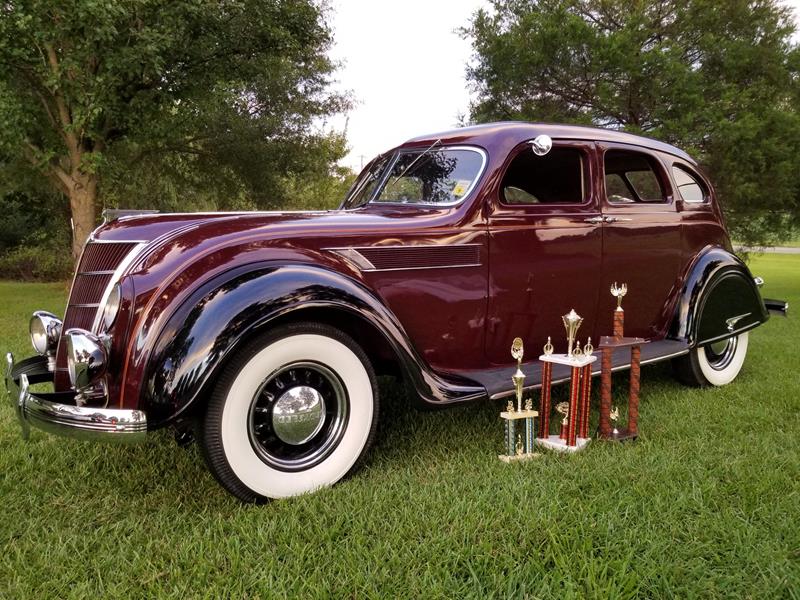 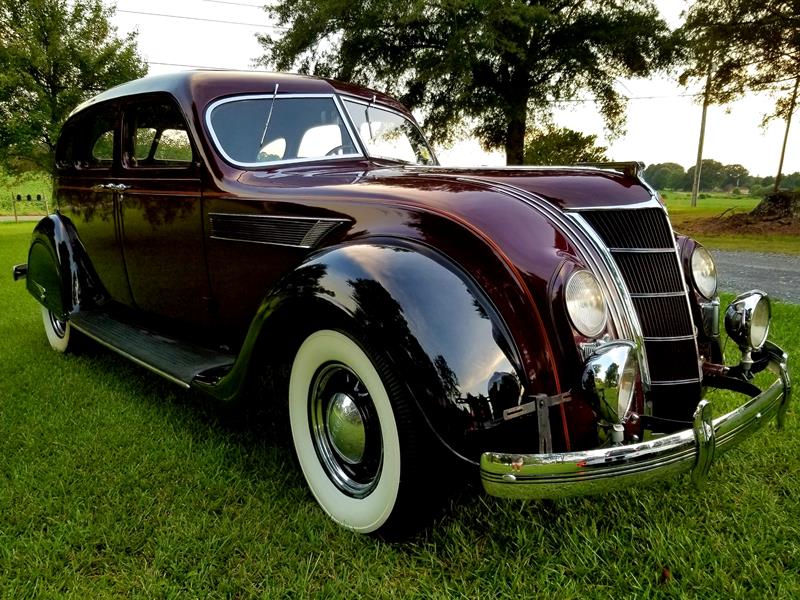 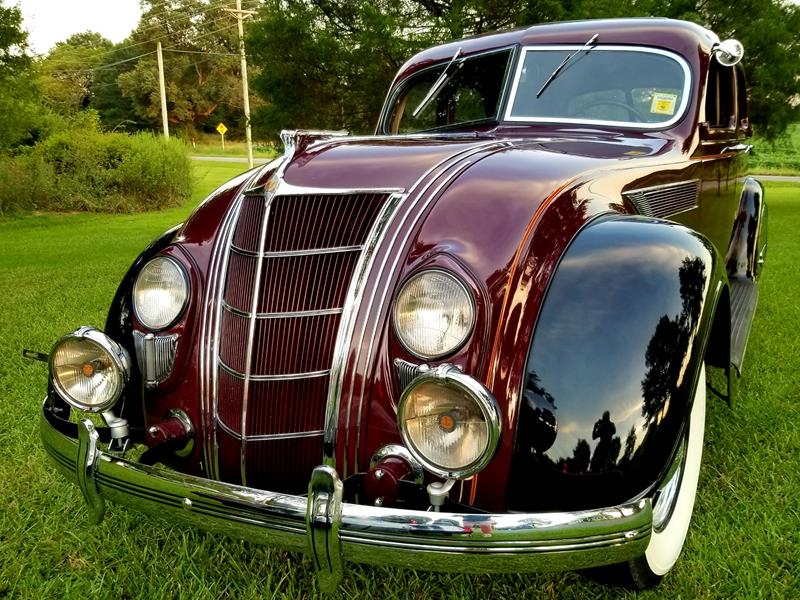 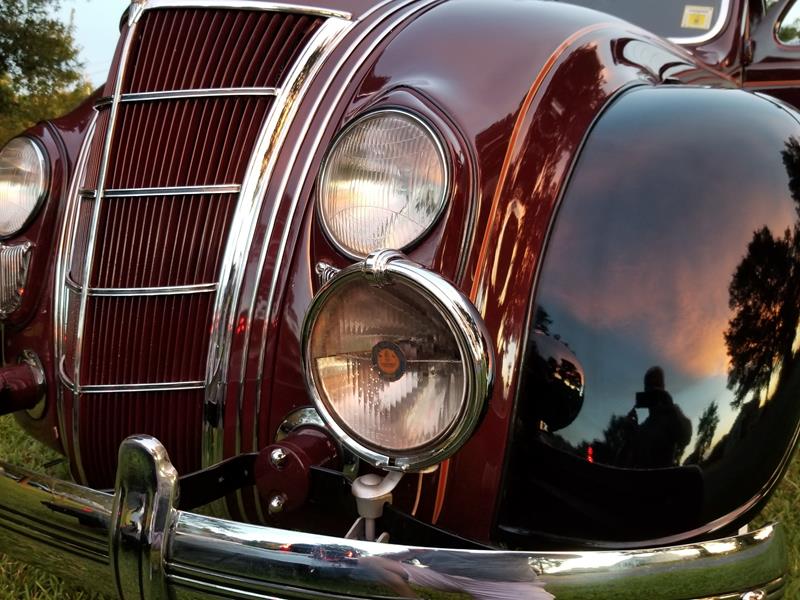 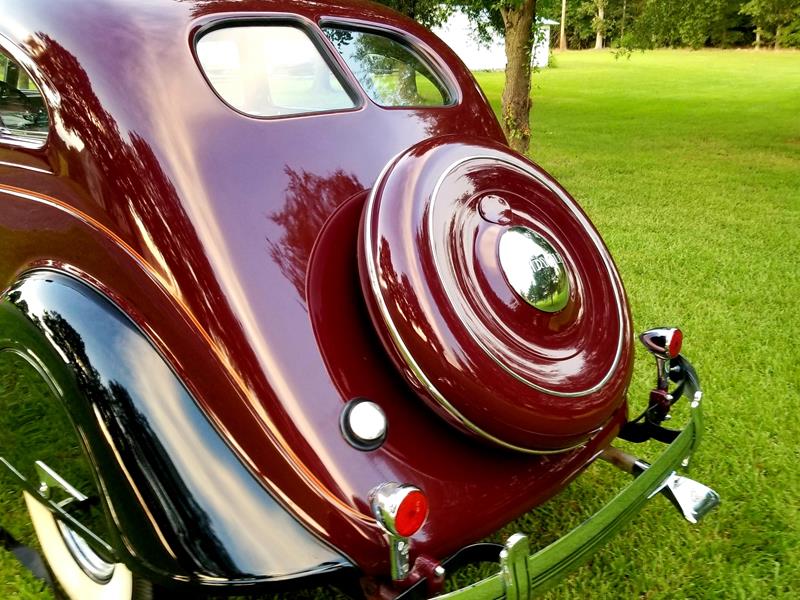 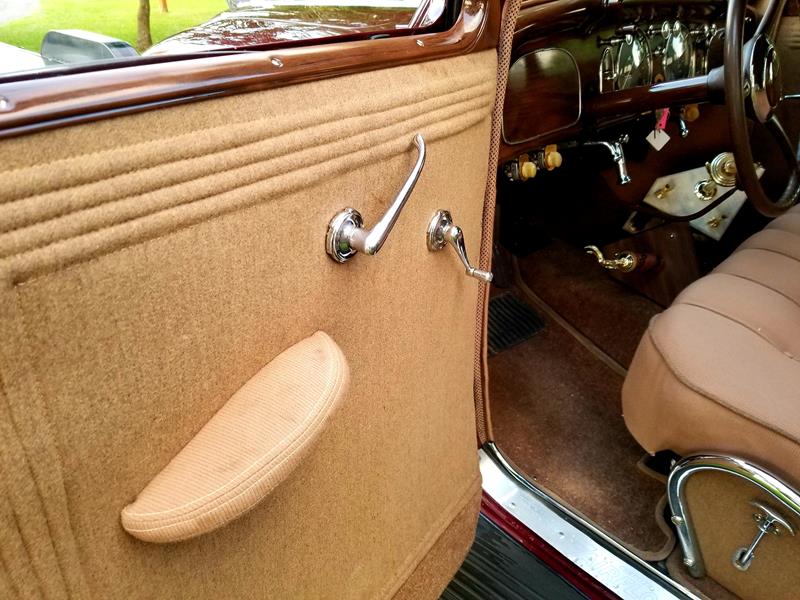 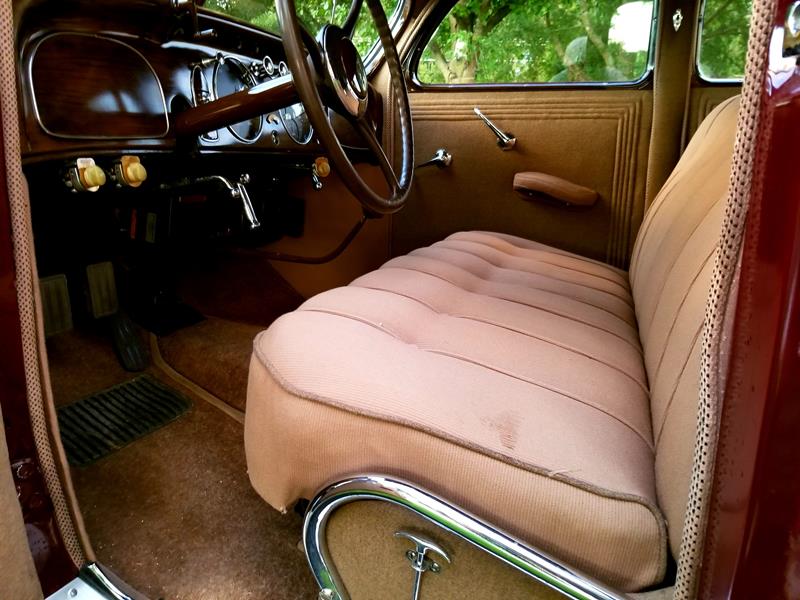 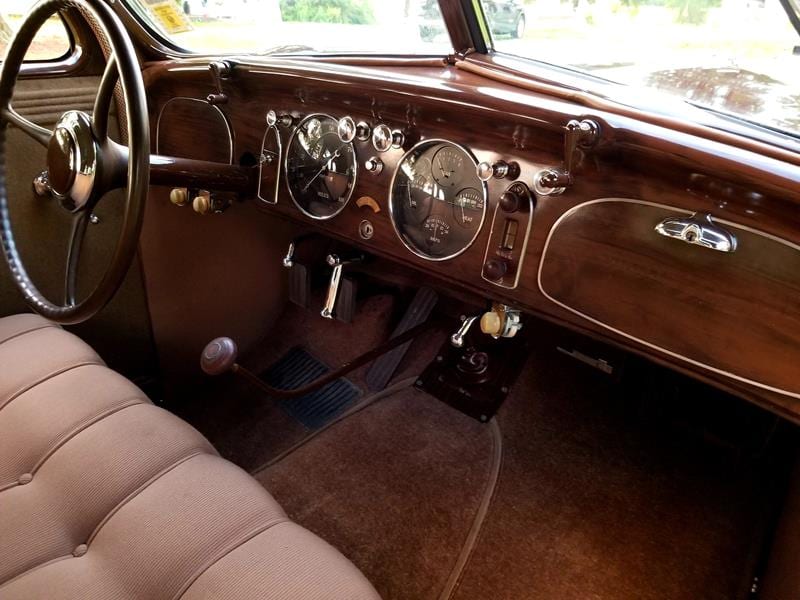 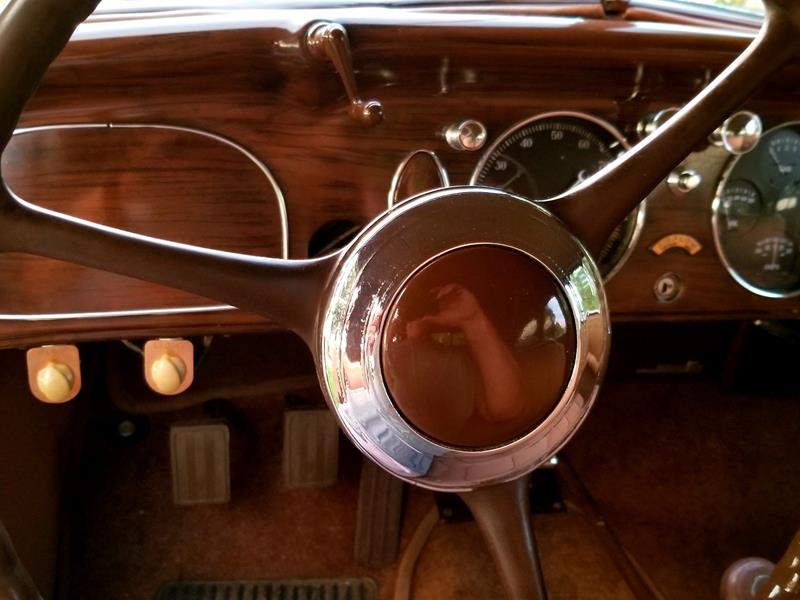 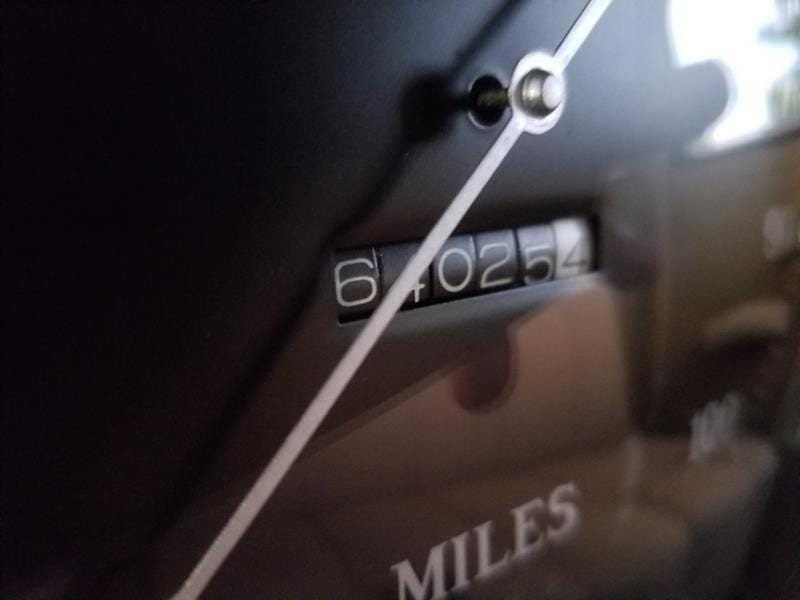 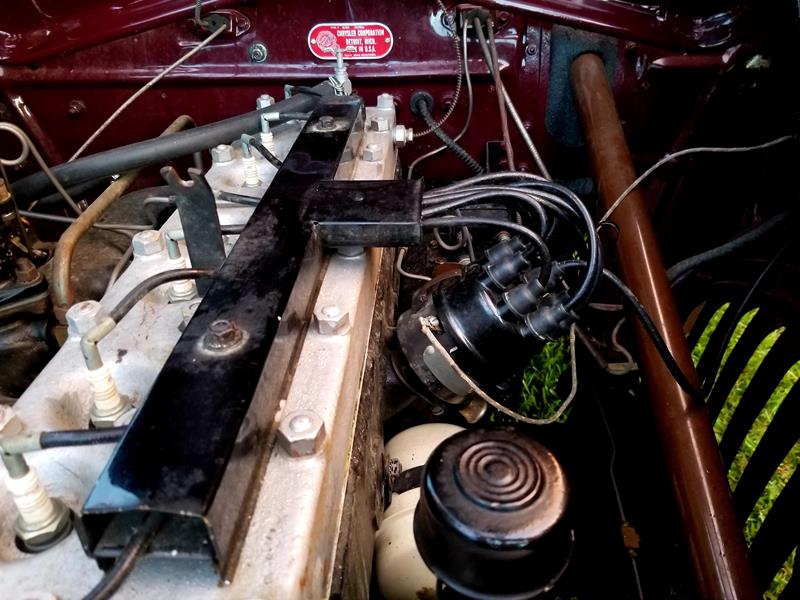 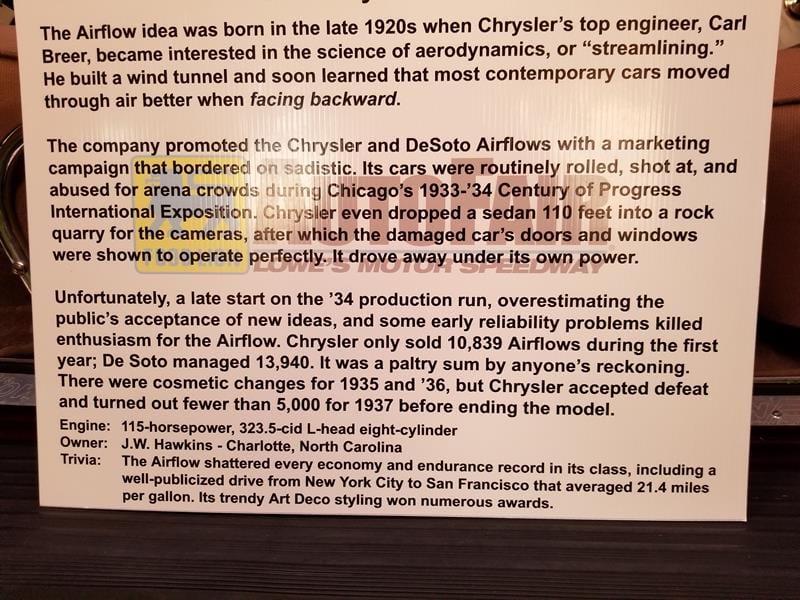