From the seller: 1941 The way I understand it Frank Dixon of Dixon Ford in Belmont, NC talked E.D. Craig of Craig Motor Co to take on Mercury. Jack Wilcox who was a mechanic at Craig Motors ordered this car. He unloaded it off of the rail car himself.

The car was parked in 1962 in a single car brick garage behind his house. He kept it cranked and moved it around. In 1993 a house beside his house that was used for storage caught on fire. Embers from that fire landed on the garage. It set the roof on fire. The fire dept. got it put out quickly. the Mercury had had one repaint in the late 50’s I’d say. The fire blistered the paint on the roof and cracked one glass in it.

Harold Russell, my late father,  had a perfect 8N Ford tractor. Jack wanted something done with the car so my Dad traded him the 8N for the Merc. It was stripped and painted with base coat clearcoat tin the original color of Mayfair Maroon. There was no rust at all in the car. It had seat covers on it that were taken off. What needed to be done to get it running was done to it. The heads have never been off of the car.

In the past 6 months I have done this to the car: New Bob Drake gas tank. New sending unit. Rebuilt original carb. The small copper line off of it is where the South Wind heater pulls gas from it, New Eckler high flow water pumps, New thermostats, New top hoses, New riveted brake shoes, hydraulics, New plugs, and NOS coil. The car runs and drives great. 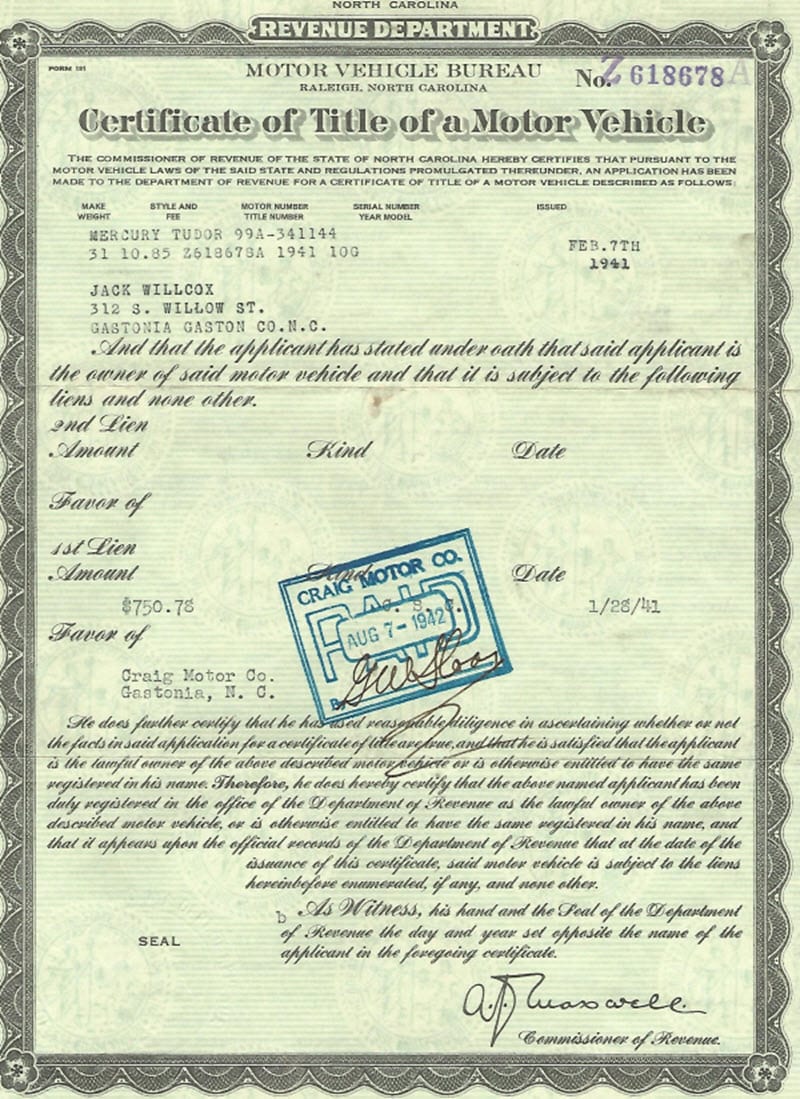 That is a copy of the original title from 1941

END_OF_DOCUMENT_TOKEN_TO_BE_REPLACED

Seller represents as a total frame-off rebuild with Chevy LT-1 power.  He also states that it has been driven some 17K miles since the restoration. [gallery...

END_OF_DOCUMENT_TOKEN_TO_BE_REPLACED

Rare SS Z4C 30th Anniversary Convertible with only 9,040 miles (exempt because of age).  310HP LT-1 V-8, leather seating, and one of reportedly 136 with a factory 6-Speed manual transmission.  Seller says it could be one of the nicest in the world!![gallery...